7 Things To Know
Before Buying A Mazda

So, are you ready to get behind the wheel of your New Mazda?

The name Mazda is not a simple resemblance to the founder’s last name, it is the name of the God of Light, Ahura Mazda. The company was named after Ahura, with the hopes that it would brighten the image of these compact vehicles.

Besides usually being behind Toyota and Honda, the Japanese automaker and maker of the CR-V was named by US News and World Reports, best-selling compact SUV for families.

FIND YOUR NEXT MAZADA
Compare
4.

Mazda cars have earned the “fun car to drive” reputation, and yeah, we know it’s not the same thing as a Ferrari, but fortunately for us, Mazda autos are the affordable way to spontaneous/fun driving. Don’t believe us? Grab a Mazda 6 and tell us for yourself.

New to 2018, Mazda is introducing a new generation of engines for its cars and SUVs that will get up to 20% better gas mileage and gives off less carbon dioxide emissions. That’s on top of the previous generation, which had a 30% improvement.

The Mazda5 Grand Touring is considered by Edmunds and Automotive.com one of the lowest to maintain minivans in the market, currently.

FIND YOUR NEXT MAZADA

Mazda is not a car for everybody, it’s a car for people that appreciate design, and especially driving; people that have fun driving. If you are one of those, you are more than welcome to try it one yourself and jump on that wagon! 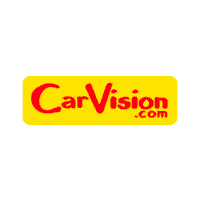